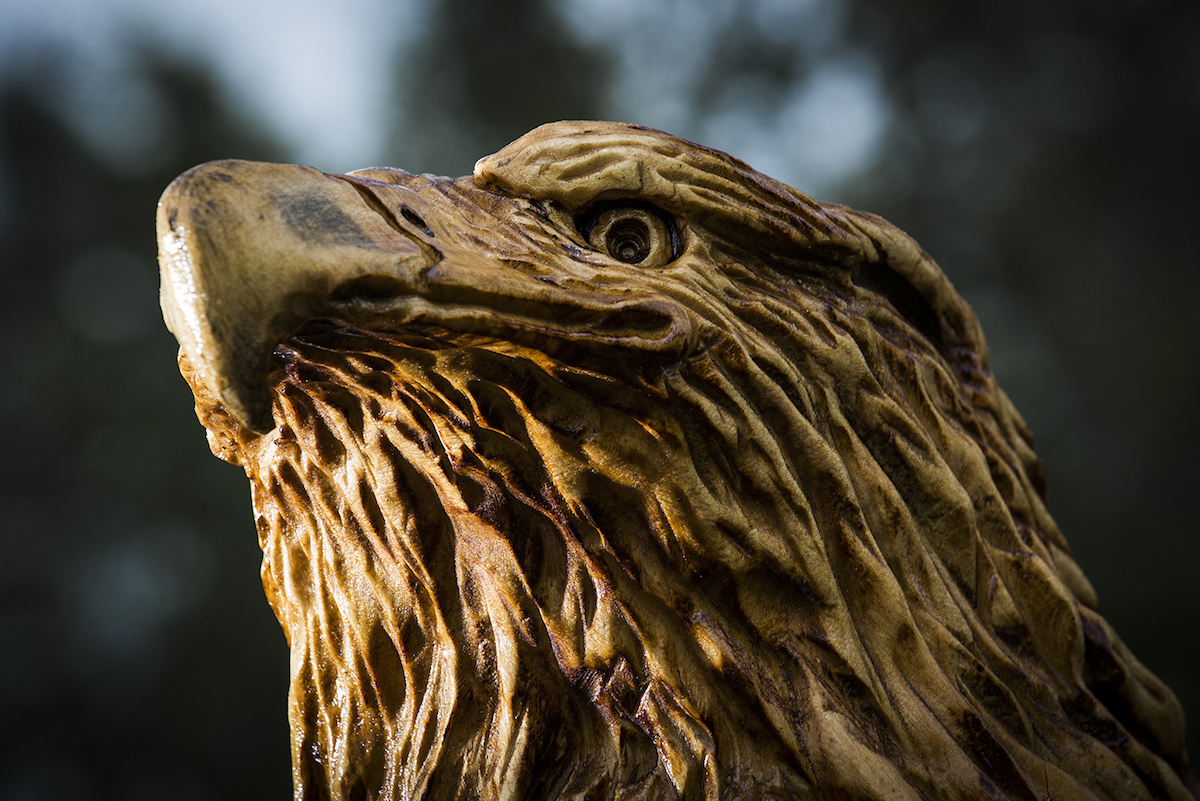 If you’ve driven along Osler Bluff Road recently, you may have noticed a congregation of animals along the roadside. Bears, fish, owls, horses – even stately Bald Eagles. No, it’s not a wildlife reserve, or even an animal crossing. It is the work of Jason Donnelly from Collingwood Carvers.Jason has been crafting wildlife sculptures out of salvaged wood for over ten years. What started as a hobby quickly turned into a full time endeavour. “Carving got into my blood” says Jason. “For me it’s a lifestyle, not a job.”

Originally from the Barrie area, Jason sold much of his work in Muskoka, but it was the beauty of the Escarpment and Georgian Bay that attracted him to Collingwood. With a thriving art scene, and support for local artists, Jason knew there was an opportunity for himself and his family.

Each new piece has helped Jason hone his skills. Always learning, improving and trying new ideas, Jason has reached a point where his carvings capture the true likeness of the animals from which he draws his inspiration. “It’s always challenging. I’m trying to improve with each one – I’m striving for realism” says Jason. 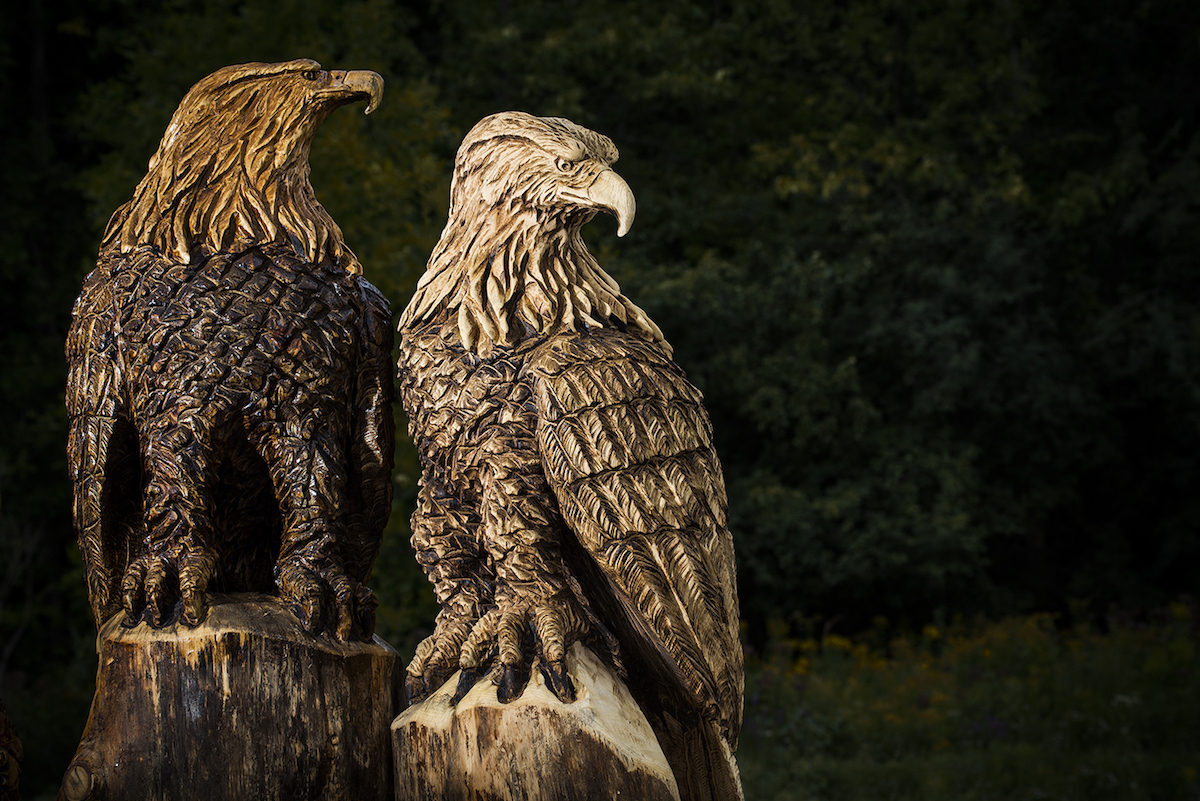 Jason’s skill is evident in the intricate detail he is able to achieve. Small finishing elements, like eyes or ridged feather patterns are carefully sanded using a Dremel tool. For smaller sculptures chisels and knives are employed. However, the bulk of his work is done using chainsaws. Watch Jason work for only a few minutes and you will gain an appreciation for his proficiency with a tool that is otherwise designed as a crude, gas powered chopping device. As wood chips fly and saw dust fills the air, Jason carefully finesses his saw in deliberate cuts and swipes. Removing the outer shell of the log, each cut brings Jason’s creation closer to life. After all it was Michelangelo who said “The best artist has that thought alone which is contained within the marble shell; The sculptor’s hand can only break the spell to free the figures slum- bering in the stone”. Or in this case wood.If you would like to see some of Jason’s work, you can follow him on Instagram @collingwoodcarvers, or swing by the yard on Osler Bluff Road between Monterra Road and Highway 26 – just look for the crowd of wooden animals. |E|