The favourite publication in the region for well over 30 years, Escarpment® Magazine is the original lifestyle publication in Simcoe, Grey and Bruce Counties. Considered a must-read, Escarpment captures the hearts of locals, visitors and part-time residents by continuously producing a supremely entertaining publication stamped with unmatched style and relevantly original content.

Escarpment Magazine has travelled a fascinating road over its first three decades. What began in 1987, ‘The Collingwood Condo’ was an eight-page, black and white, monthly periodical produced by Gerry Baker. The first of its kind in the region, this publication’s friendly, personal feel kept readers in the know about everything that was going on in “Ski Country”. In 1989 illness took Gerry’s life and his wife Joanne bravely took the reins, running the business successfully for the next eight years. In 1998 Deena Dolan Findlay bought the company, changed the masthead and for the next 22 years established Georgian Bay Living – Escarpment Magazine at the top position in the region with an esteemed reputation – “It’s the one everybody reads.”

Clay Dolan joined the masthead as Lead Photographer in 2006. The content and photography Clay produces is upbeat, positive, inventive and imaginative. Many of Clay’s editorial ideas such as his athletic feature articles and stunning Food, Home and Fashion pages have become legendary. Clay purchased Escarpment Magazine in 2016, and is now the Publisher and Owner. “From ‘Collingwood Condo’ to ‘Condo & Chalet’ to ‘Southern Georgian Bay Living’ to ‘Escarpment Magazine’, what began as a small, family-owned and operated business is still that and the original integrity has remained intact,” says Clay. “Quality in every aspect is key. Throughout the evolution of our publication, we have experimented with different printing techniques. We use only the best paper, ink and binding method to give our magazine the finest possible upscale presentation — more expensive to produce, but worth it. Escarpment is a superior product that people are proud to display on their coffee tables and in their guest bedrooms. This directly translates to impressive return on investment to our advertisers.”

Editor-In-Chief, Cara Williams spent over 15 years as a professional Freeskier—guiding, coaching and competing all over the world. Formerly the PR & Communications Director of Utah based sports marketing company, Mountain Sports International, Cara has contributed to SBC Skier Magazine, ESPN Online, Powder Magazine, and has been an ongoing writer for Escarpment since 1998.

Cara moved back to the Escarpment in 2009 and has been the acting Editor-In-Chief and lead writer, responsible for selecting and developing thought-provoking editorials that celebrate style, culture, recreation, travel and life in Simcoe, Grey and Bruce Counties. Several of Cara’s articles have garnered recognition and accolades including The Snow Must Go On, A Changing Landscape, Protecting the Harvest and The Women of Thornbury. “With interesting, informative articles and some of the best photography in the region, we present a magazine that is visually stimulating and entertaining, ensuring that each issue of Escarpment is devoured by our readers,” explains Cara.

While Escarpment remains her main focus, Cara is still actively involved in the ski industry as the SOD Head Coach at Georgian Peaks Ski Club and is a member of Blizzard/Tecnica’s international Women To Women initiative. 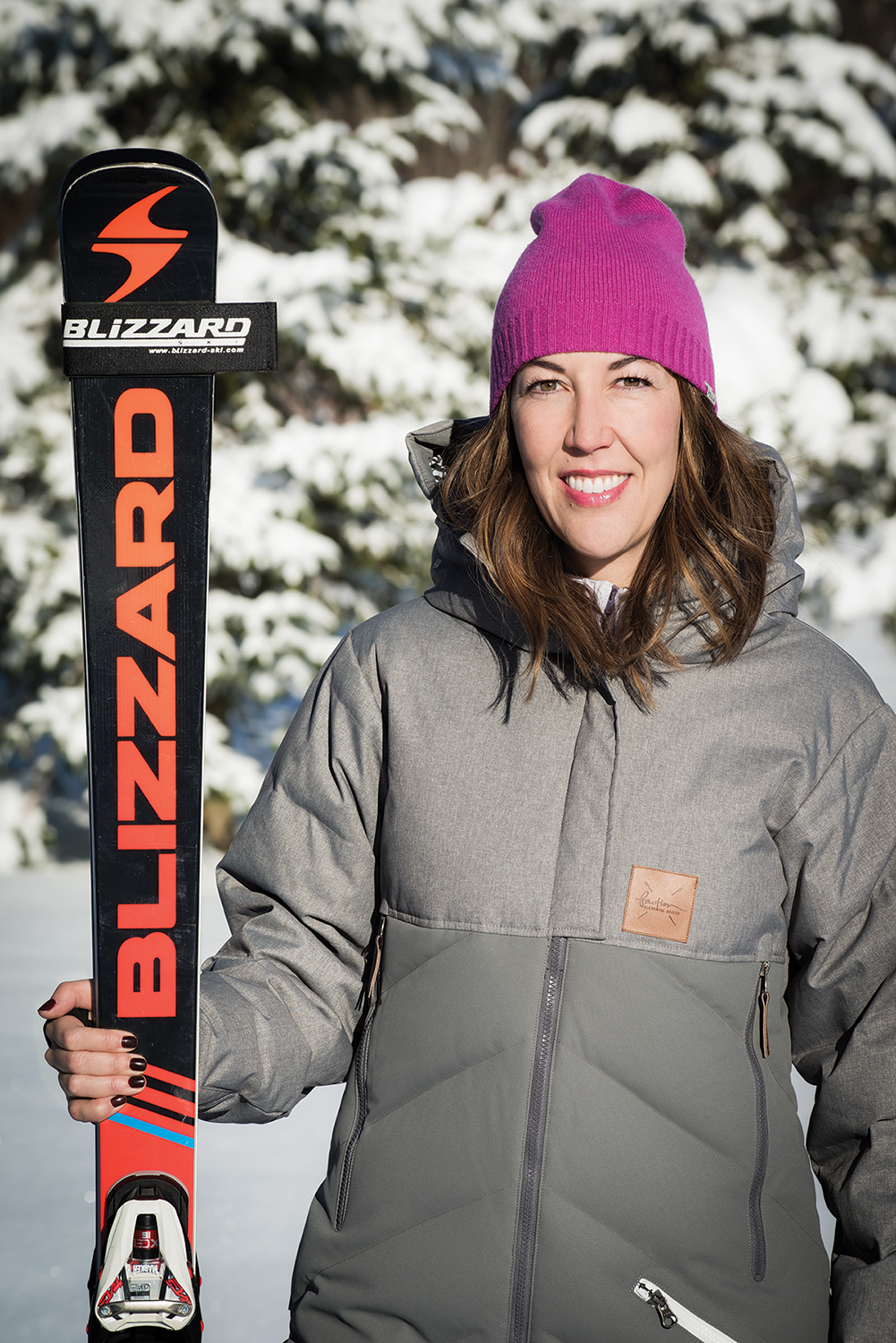 Susan Meingast is an award-winning magazine Art Director and has worked on national magazines such as Canadian Living, Homemaker’s, HealthWatch, Images, Elm Street, explore, Report on Business, Avenue Edmonton and Flare as well as local magazines; designing On the Bay and Our Homes Southern Georgian Bay, from inception. She also had the opportunity to art direct an independent feature film called ‘Margarita’. Susan currently resides in Thornbury with her upper floor studio at Matilda Swanson Gallery. Susan is the Creative Director and is responsible for all aspects of Layout and Production as well as stunning ad creation.