It starts as a whisper, lips right against your ear sending tiny electric pulses of suspense racing through your entire body. You can’t think straight, and yet everything is heightened, you feel energized, ready, poised with anticipation. Your phone vibrates you look down and smile, a text message: “I’m taking Monday off… have you seen it?” Of course, you’ve seen it. You check the forecast every day, and today—well—today is a good day. A swell approaches. Freshwater Surfing cultivates a slightly different breed of surfer.

The fickle nature of Great Lake waves requires a high degree of patience, dedication, and frankly a sense of humour from those who ride them. Ocean surfers don’t believe it’s possible and define most of what we do as “kooky” (surfing slang for a pre-beginner surfer who is trying to live the surfing lifestyle and failing). Great Lakes surfers have adopted the term and now use it endearingly as evidence by the social media entity “Great Lakes Kook”. What we do is crazy; we chase high onshore winds; we surf in storms; and swim amongst icebergs but we consider ourselves lucky.

We are a group of landlocked individuals who get to surf on a somewhat regular basis. We have a sought-after beach and board lifestyle, but with toques.

Despite having been discovered in 1955 when the first known ocean surfer took to Lake Michigan waves, Great Lakes surfing is for most, a new phenomenon. Surfing itself has ancient roots and has proven to be a time-tested way of life for many around the world. Comparatively, Great Lake surfing is a young offshoot of the popular sport, with seasoned lake surfers having only about 10 years’ experience. What was once a small community of surfers whose growth was spread mostly via word of mouth has since been opened up to the world via social media. Access to pictures, real time information sharing, news stories and mass communication has all contributed to the exponential growth of freshwater surfing. Even in the last two years Station Beach Kincardine has seen a tripling in the number of heads you can count bobbing in the water.

Station Beach Kincardine, referred to as Kpier by the community, is a well-known and sought-after wave. Kpier works best on a strong north-west wind (a north-west wind blows south-east) which we see most consistently during Spring, Fall and Winter. Fresh water waves are completely wind generated, therefore wind speed, density, temperature, duration and direction all have a hand in creating the dynamic waves we surf. The length, depth, and shape of the bottom of Lake Huron also contributes to the incredible waves when the conditions are right. We can easily produce clean head high waves that offer enough steepness and face for advanced surfers to enjoy and are soft and forgiving enough for those less experienced to take on. Station Beach Kincardine has been known to draw surfers from Toronto, London, Michigan and Quebec. The spot offers a few advantages over other Canadian surf destinations, most notably the proximity to Kincardine. Oftentimes our breaks are miles away from the convenience of towns, yet the Kincardine downtown core is an easy two minute drive or 10 minute walk to the break. Restaurants, hotels, and shopping are easily accessible, and washrooms and heated showers are located at the beach. Plus, parking is free. 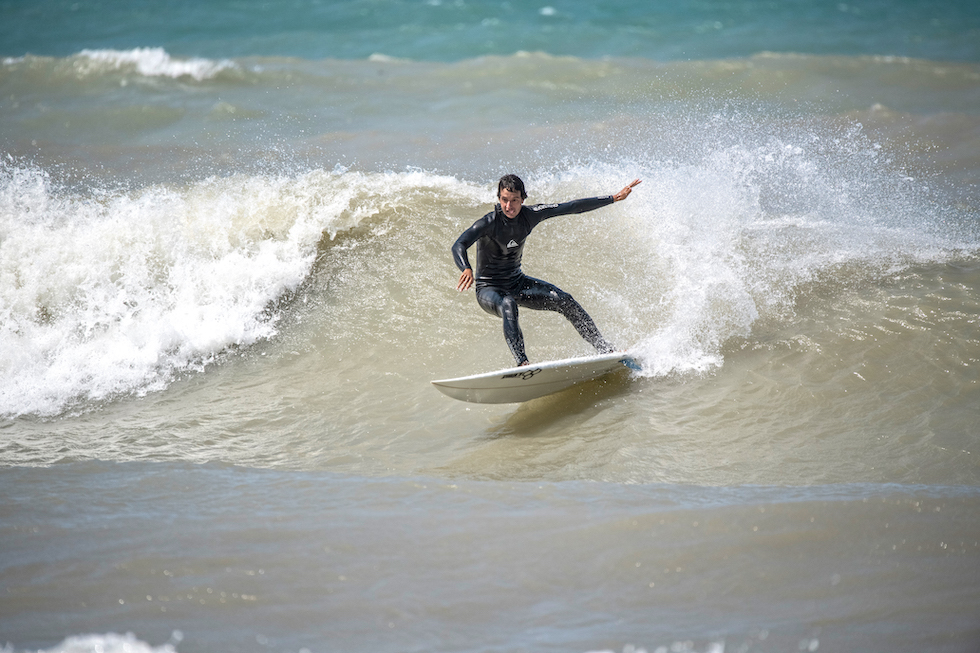 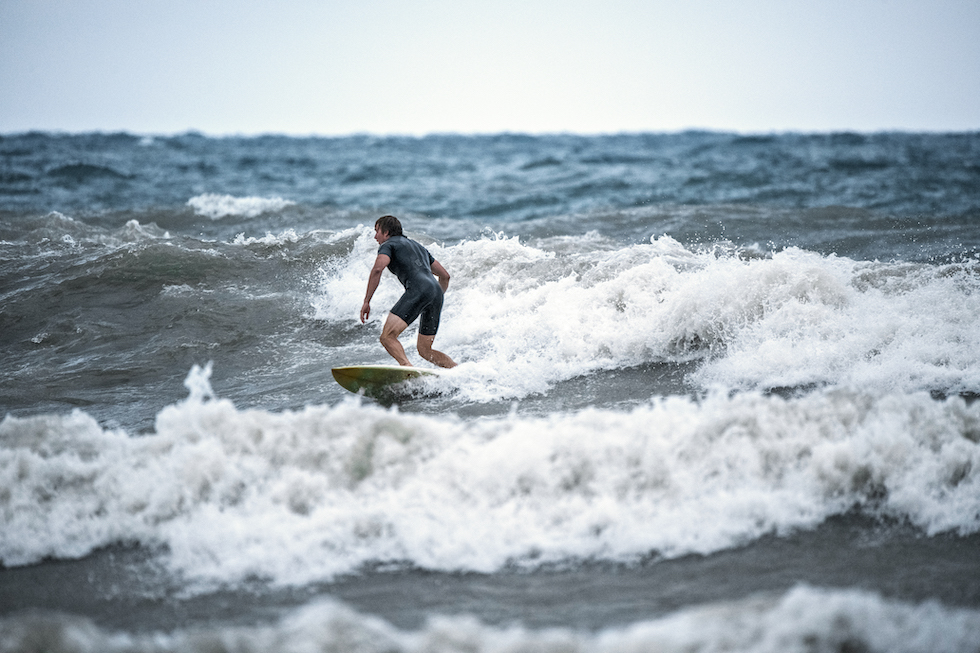 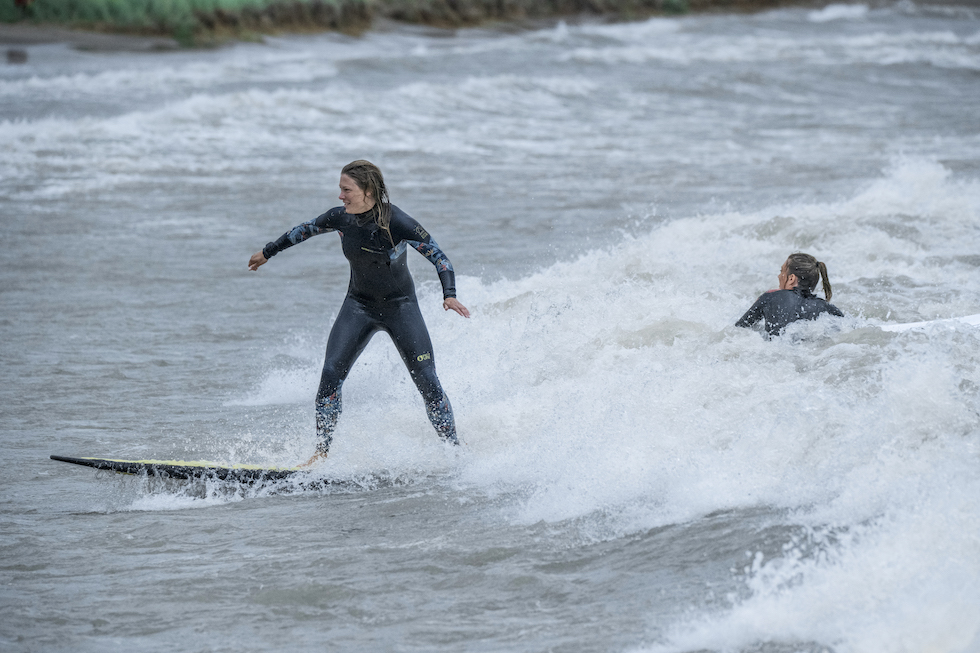 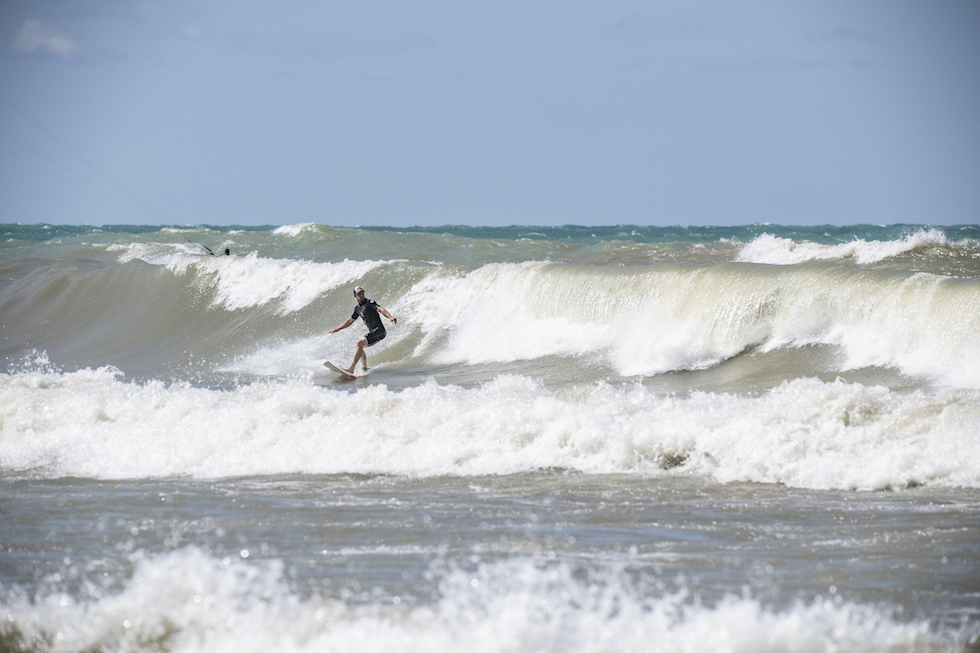 Great Lake surfing has become increasingly accessible to the general populace due to the accessibility of surf shops that offer not only sales, but rentals, lessons, programs and classes. Most notable are Surf Ontario and Surf The Greats located in Toronto which primarily service the Lake Ontario surf scene. Lake Huron shops include Jack and Jill’s in Sauble Beach, Archie’s in Grand Bend and Westshore and SurfSup EcoShop in Kincardine (SurfSup EcoShop is also located in Goderich).

Surfing is hard to describe; it certainly is a sport—the competitive ocean circuit cultivates athletes and supports professional surfers and with surfing premiering in the 2020 Olympic Summer Games, more and more people will be exposed to the sport. People of all ages and abilities can pick it up during vacation as a one-off experience, but for many surfing is a way of life. For those who truly connect, it becomes a passion—even an obsession—that combines physical exertion with adrenaline. Although a solitary sport, there is a sense of camaraderie as strangers celebrate that sick wave you just caught and you celebrate theirs. The ever-changing nature of water, wind and waves means that every ride is slightly different from the last and there is always more to learn, more ways to push yourself and no matter who you are, everyone—and I mean everyone—wipes out. It’s important to note that while water and waves are to be respected, generally wiping out doesn’t hurt. Wipeouts are frankly hilarious and often discussed after a good session more than the triumphs. Surfing is challenging and rewarding, and a good session can leave you feeling whole—a high you ride for days. 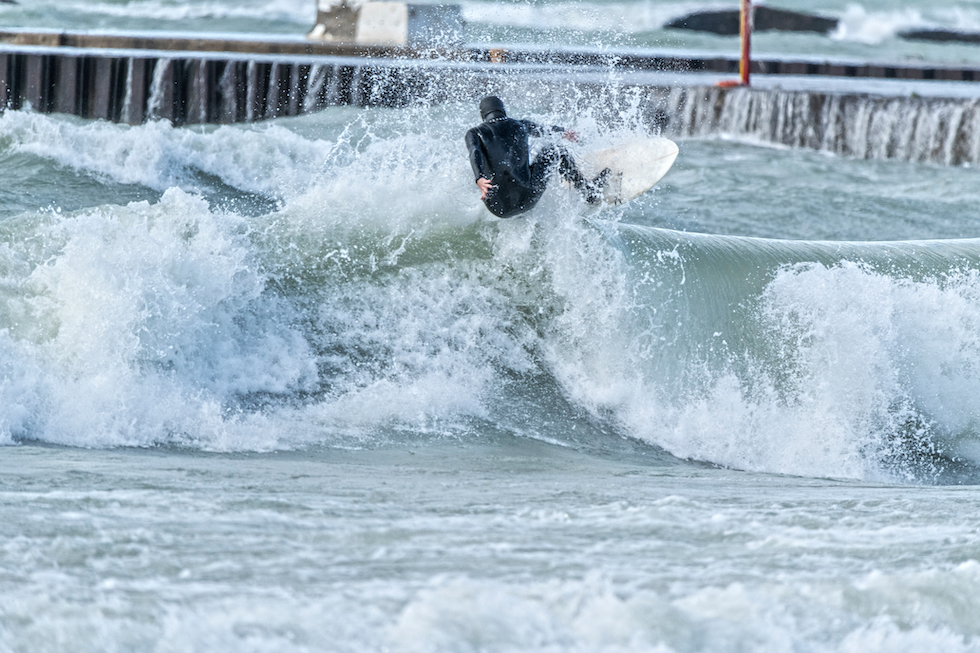 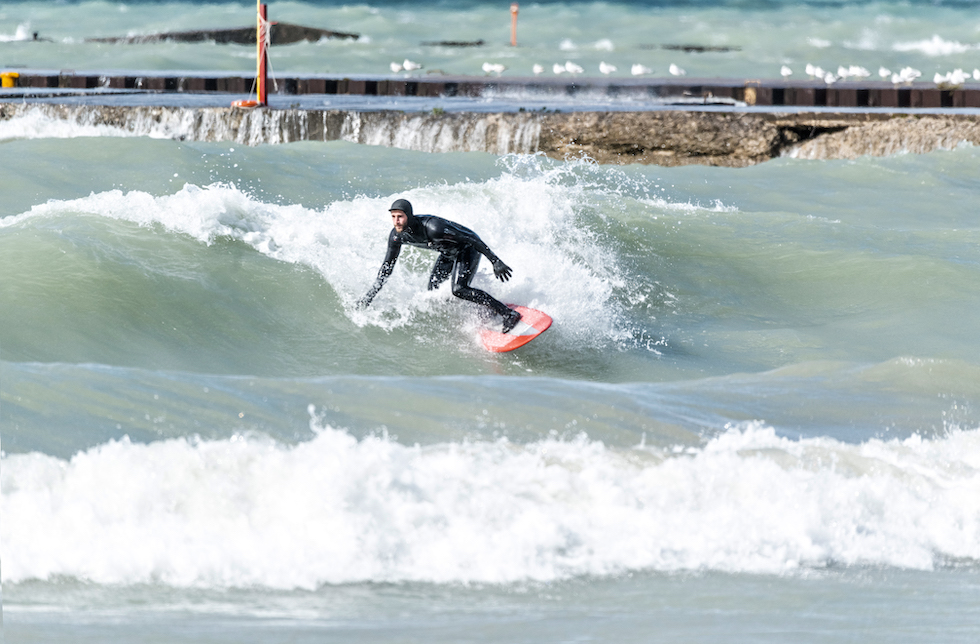 For those reading this article who are inspired to get out there, I highly recommend taking a lesson with a certified instructor who will set you up for success and help you understand surf culture as well as surf etiquette.

Local shops can advise of any hazards you should be aware of, what time of day you’ll find the best waves, and the easiest places to paddle out.

The surf scene is still male dominated but the female community is ever-growing. Great online communities such as “Lake Surfistas” has helped to promote women in the sport. Cold water is often a deterrent for both male and female surfers, but with a good suit, gloves and boots, you can surf well into the winter months and still be warm(ish).

I am grateful that life has serendipitously led me to the shores of Lake Huron, and to the Great Lakes for giving us land-laden saps the gift of surfable waves. I’m also thankful for the community of surfers who have continuously pushed the boundaries and shown the world that fresh water surfing is absolutely possible. 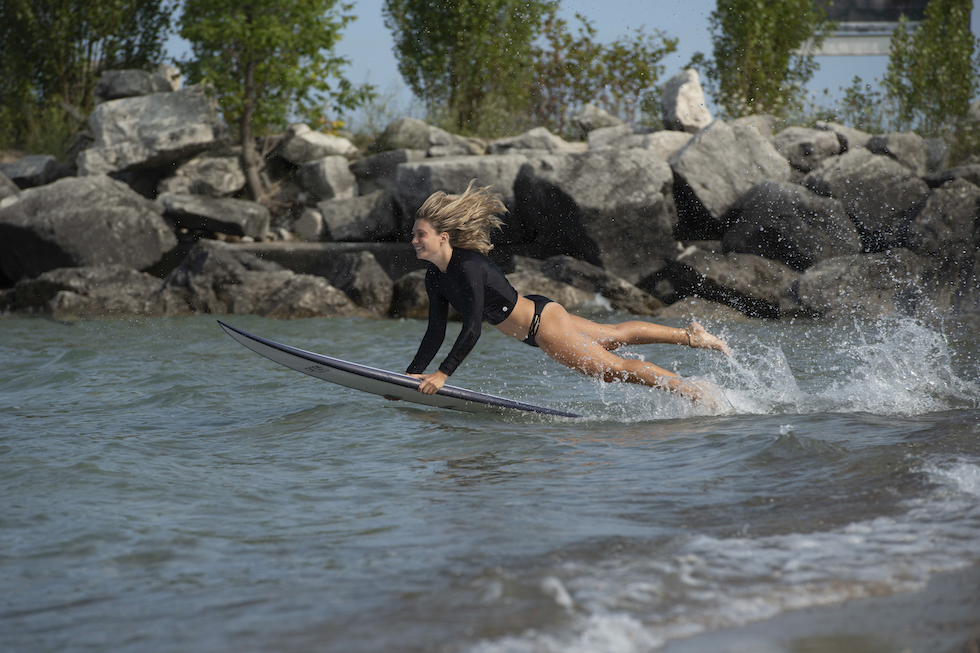