There’s an unmistakable charge in Owen Sound when the Salmon Spectacular derby hits each year.

Anglers line each side of the inner harbour, hoping to catch the big one from the harbour wall, while hundreds of boaters spill out into Georgian Bay seeking the sweet spots where salmon or trout lurk, in frigid waters up to 100 feet below.

Some are there for the prizes — over $150,000 in boats and fishing gear over the course of the 10-day event, including daily prizes for top salmon and trout. But for most of the thousands who attend this derby, it’s about the fishing, the entertainment, and the fun — a change from the normal pace of life and a nod to the end of summer. With equally popular kids’ days, seniors’ days, fish frys, and free daily entertainment under the massive, 300-foot “fish tent” at the Georgian Shores Marina near Kelso Beach Park, the derby attracts people of all ages, anglers and non-anglers alike. 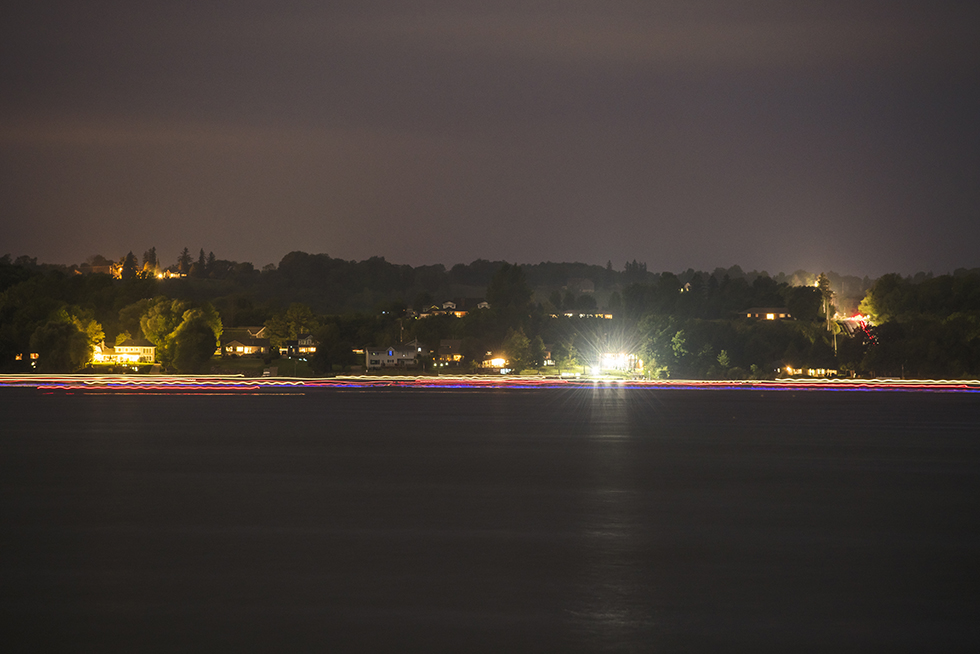 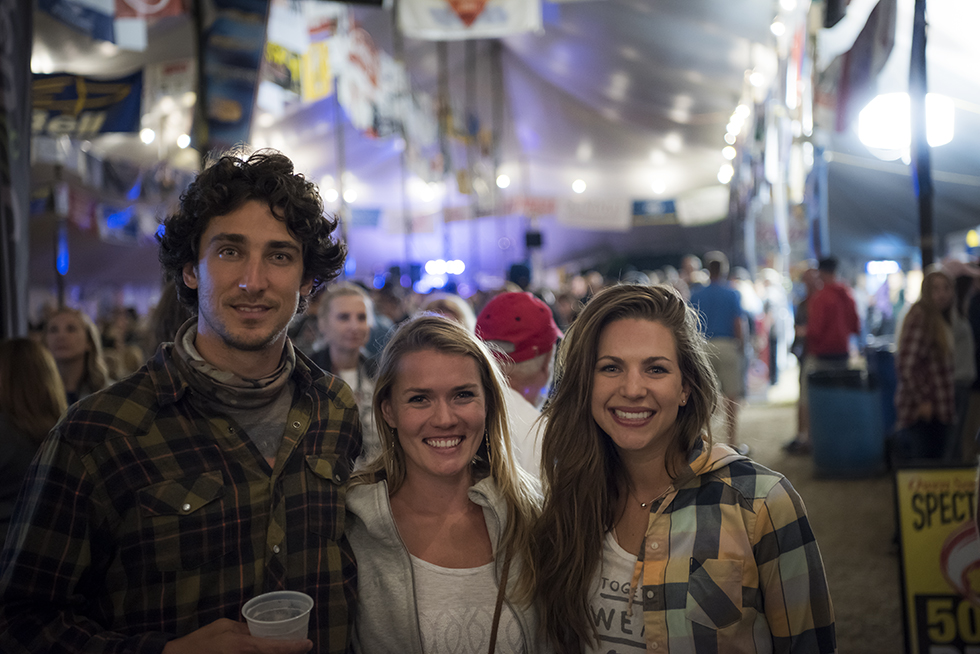 “There’s nothing like it in Ontario,” says Ryan Amyot, who lives near Owen Sound and competes in derbies throughout the Great Lakes. While many of the other derbies are high stake, with anglers fishing hard for single cash prizes of $15,000 to $75,000 over a day or two, the Owen Sound Salmon Spectacular is low cost and includes 10 days of fishing, numerous prizes and activities.

“It’s well run and keeps getting better and better,” says Amyot, who’s been fishing since he was in kindergarten and now “returns the favour,” by taking his father, friends, brother and young nephew with him. “It’s all about enjoying the outdoors and family.” In three decades, the salmon derby has become an Owen Sound institution. “It’s THE big event of the summer, the last hurrah,” Amyot says, “Everyone knows that come the end of August, in the early morning and evening you’ll find hundreds of boats in the bay, and it looks like Christmas lights out there.”

For Owen Sound’s younger demographic the derby is a rite of passage in the lead-up to Labour Day weekend, when many leave town for college or university. They meet with old friends “under the tent,” building a tradition they’ll maintain for years.

One couple fell in love at the derby and arranged to marry there the following year. “They have returned every year since”, says Fred Geberdt, one of the event’s founders. 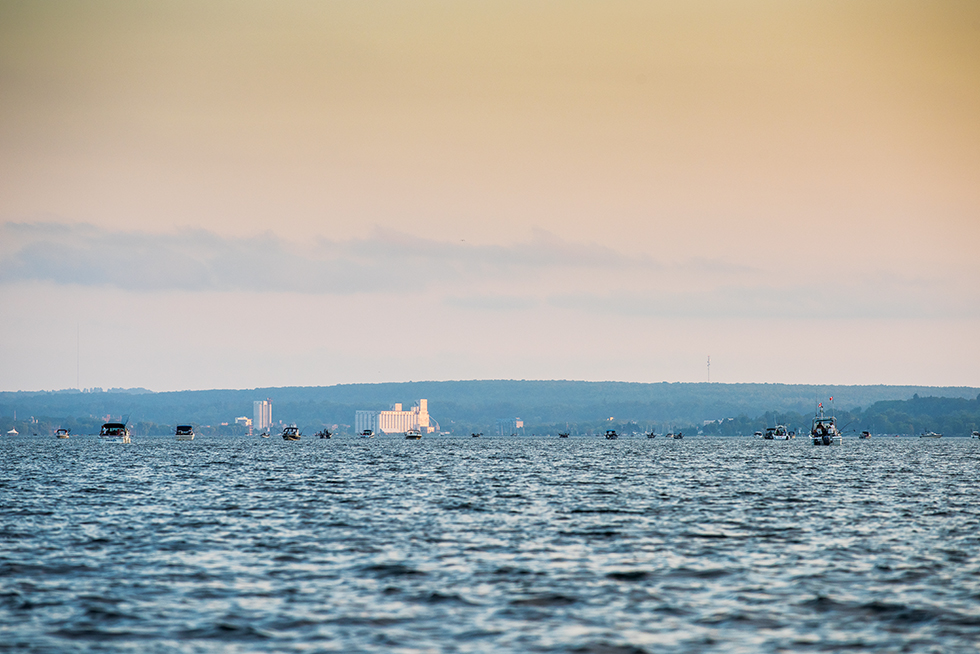 The Salmon Spectacular turns 31 this year. I joined Geberdt and three other derby “originals” for lunch at a local diner, hearing about the trajectory of the derby in detail. These are the four remaining members of the Sydenham Sportsmen’s Association who have been involved with the event since the start.”It’s hard to imagine a time when salmon was a dirty word in Owen Sound, associated with stinking fish washed up on the shores of the Sydenham and Pottawatomi rivers. In those days, most locals didn’t eat salmon, and certainly didn’t know how to fish it,” Geberdt recalls.

Chinook salmon are not native to this area. They were introduced to Lake Huron and Georgian Bay largely to control the alewife population. The sportsmen’s association secured funding to operate a fish hatchery locally, finding a spot on Weaver’s Creek in 1984. The first run of salmon up the mill dam and fish ladder in Owen sound took place the next spring. (The hatchery still produces about 120,000 fish a year).

“It didn’t take long for us to find out they were a great sports fish,” says SSA member John Ford. 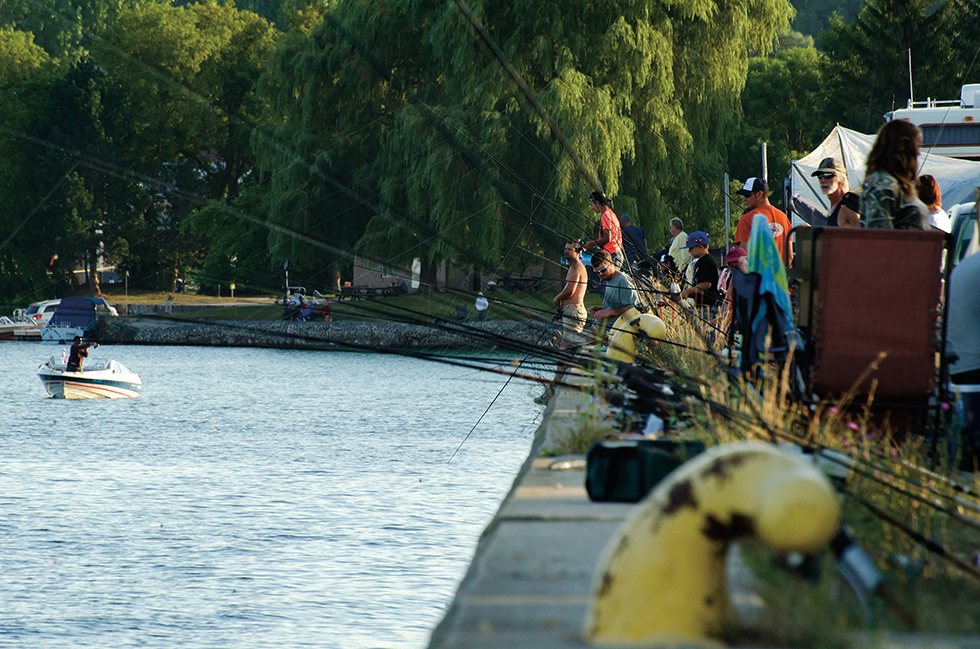 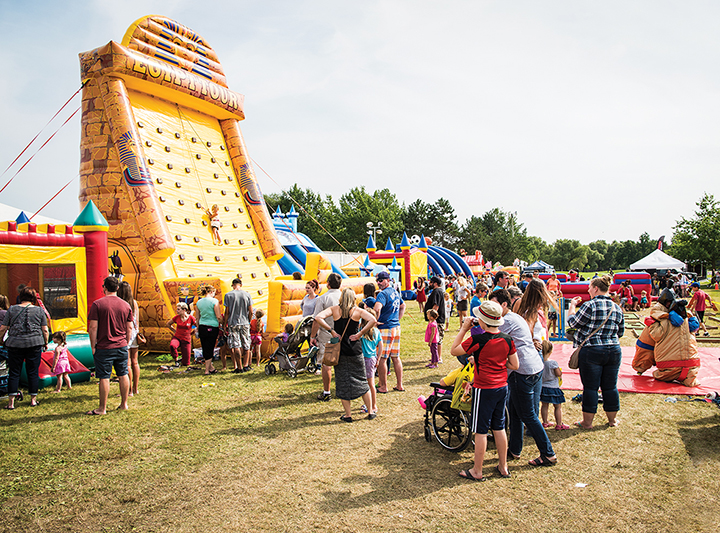 But most local anglers didn’t know that. They were used to flat-line fishing for trout and hadn’t been exposed to the down riggers used to catch salmon. The sportsmen organized a Sport Fishing Symposium, bringing in guest speakers to teach people about the new fishing opportunities that the salmon presented. Excitement grew and the first Salmon Spectacular was held in 1987, with about 2,000 people taking part.

The sportsmen laugh, remembering fish fries using 45-gallon steel drums and vacuum cleaners to bake the potatoes. (Now, they are outsourced). Four hundred pounds of fish were cooked that year, compared with over 3,000 pounds today, donated by anglers.

The biggest derby catch was by Terry Kuhl in 1992, with a salmon weighing just over 36 pounds. But the sportsmen’s association wanted the derby to be more than hard core fishing. “We had a busy weigh station but an empty tent during the daytime,” says Geberdt. That’s when the daily entertainment and activities grew. Some aspects are now untouchable, such as kids’ day, seniors’ day, ladies afternoon and Sunday’s “Breakfast with Elvis.” About 50,000 people visit the fish tent each year, say organizers. “We’re pretty maxed out.” This year, a small admission fee will be charged for the evening concerts and they will end earlier, to keep security costs down. The derby fishing boundaries are being expanded to include Meaford and Thornbury. 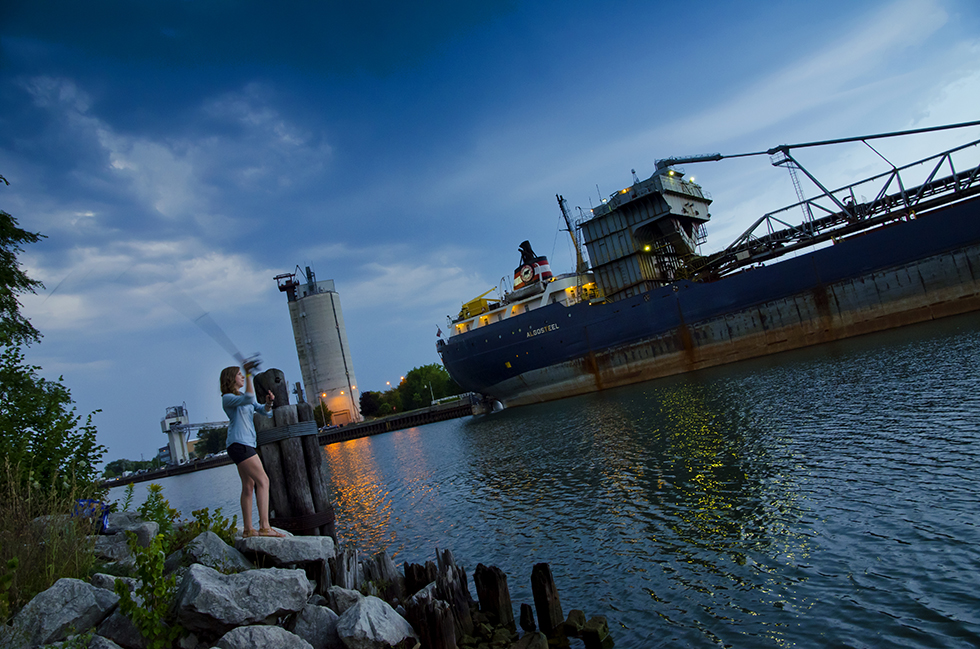 Jody Ward, local high school teacher, got hooked on the derby last year when her husband Darryl invited her to join him for the first time. He had fished the derby for years with his father, and was looking for a new fishing companion. ”I had no knowledge of fishing, and thought it would be boring, but it was really cool and I loved it,” Ward says. It helped that she netted an 11-pound salmon that made the leader board, where the top catches are posted.

She got to experience both the thrill of catching a huge fish and the serenity of the open water, with exquisite sunrises and sunsets. “I think it’s a really great thing to do with your significant other. It’s calming, and gives you time to slow down and talk together, with no distractions,” Ward says. The couple have two young children and a busy life.

Like most other families in the derby, when they aren’t fishing the Wards they’re enjoying the nightly entertainment, the Saturday fish fries, and kids’ day, where everything is free of charge. Ward and her band, ‘ReWired’, have played on the Salmon Spectacular stage as well, so she’s experienced the derby from many angles.

“Ultimately, it’s a big social network, and a great way to feel part of this community.” 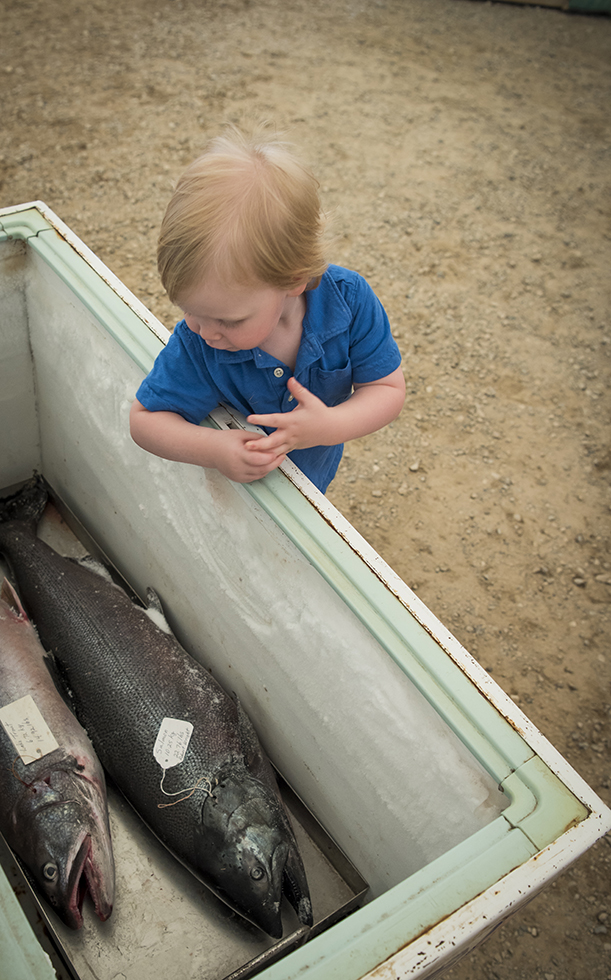