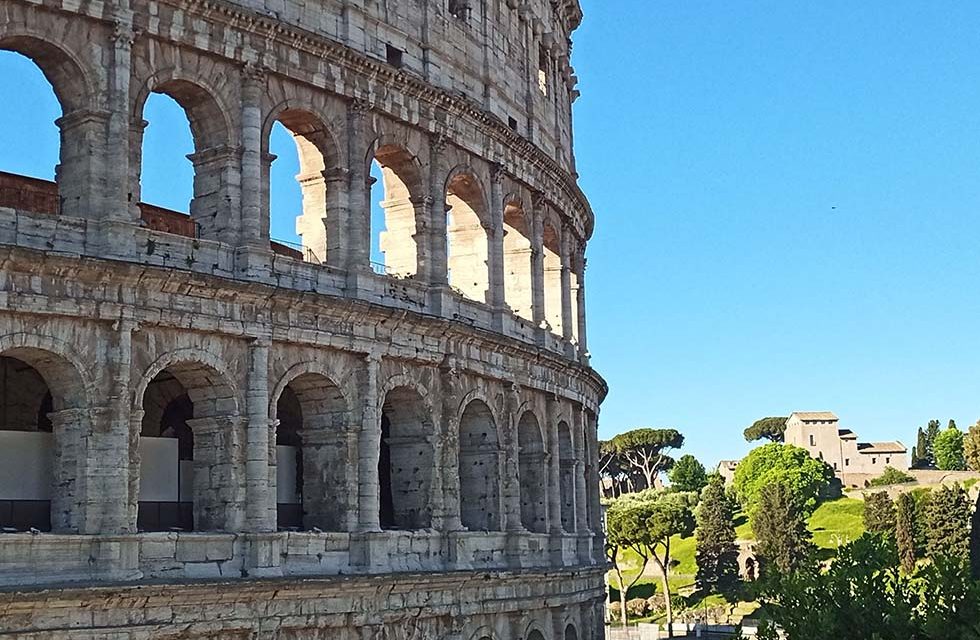 In 1994, the seed was planted. I saw Much Ado About Nothing, by Kenneth Branagh, and fell in love with the landscape & architecture of Tuscany. Years later I bought Elizabeth Gilbert’s Eat, Pray, Love audiobook, which plays in a loop on my iPod when my mind becomes busy in the night. So, it was no surprise that in February 2019, when my husband suggested I take a sabbatical from work, within a heartbeat of his surprise statement I immediately knew where I would be going. Italy. And so, began a year of preparation for my 3 months abroad; morning coffee was accompanied by YouTube videos about solo travel, Italy in general, neighbourhoods of Rome, packing tips, etc. Departure date came—after much anticipation I arrived in Rome on March 3rd, 2020. One week later the country went into lockdown.

In the weeks leading up to my departure date the virus that had started in China was now becoming an issue in Northern Italy, which led me to a choice: do I listen to the Government of Canada Travel advisory or the media? I chose the former and to continue with my plans to travel since there were no immediate dangers in Rome, and COVID-19 had not been declared a pandemic by the WHO.

In Rome I remained. Many people are curious as to why I chose to stay in Italy after our government issued an alert to repatriate—I have three reasons. First, I felt staying put may be safer than the 23+ hour travel options available at that time via several airports and risk of mid-journey cancellations (airlines had already canceled all direct flights). Second, if Italy lifted the lockdown after only a few weeks, then I would have missed a big opportunity to explore it. And finally, I couldn’t help but wonder ‘What if this is the experience I am meant to have—being challenged?’ Allow me to elaborate on the final point. For many years I have acknowledged that I grow the most when outside my comfort zone. This is likely what attracted me to canoe tripping at Glen Bernard Camp, a three-week Outward Bound program in the Pacific Coast Mountains, and choosing Dalhousie back when local high school grads rarely left the province for university. So, as I spent hours pondering whether to jump on a flight home before Canada closed its borders, I pondered if I would be running from an opportunity to grow and be challenged. As you can probably see by now, I chose growth. 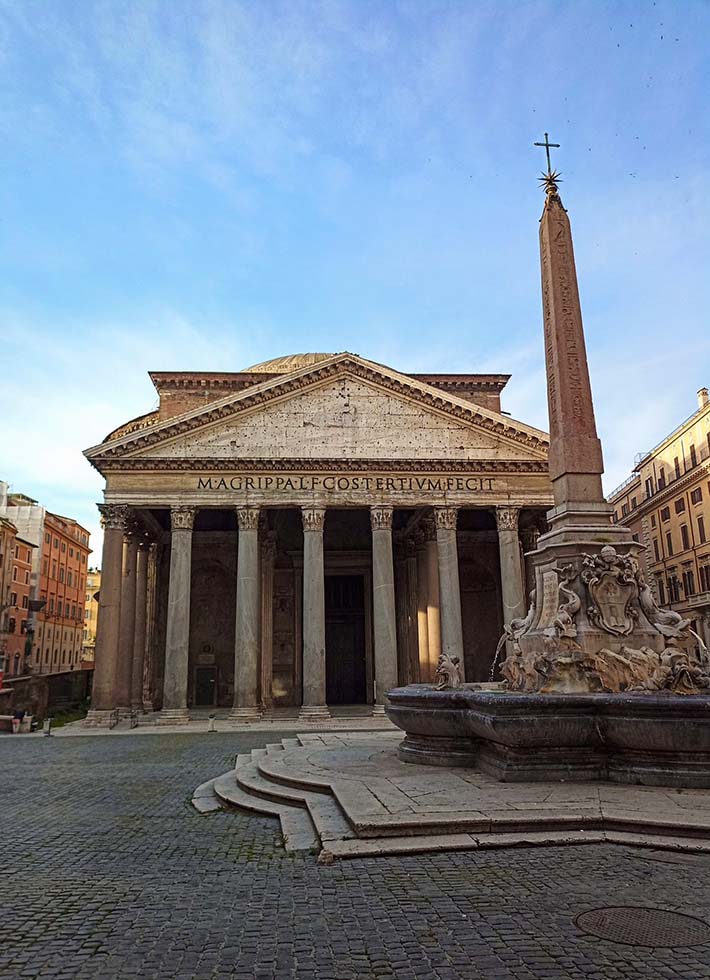 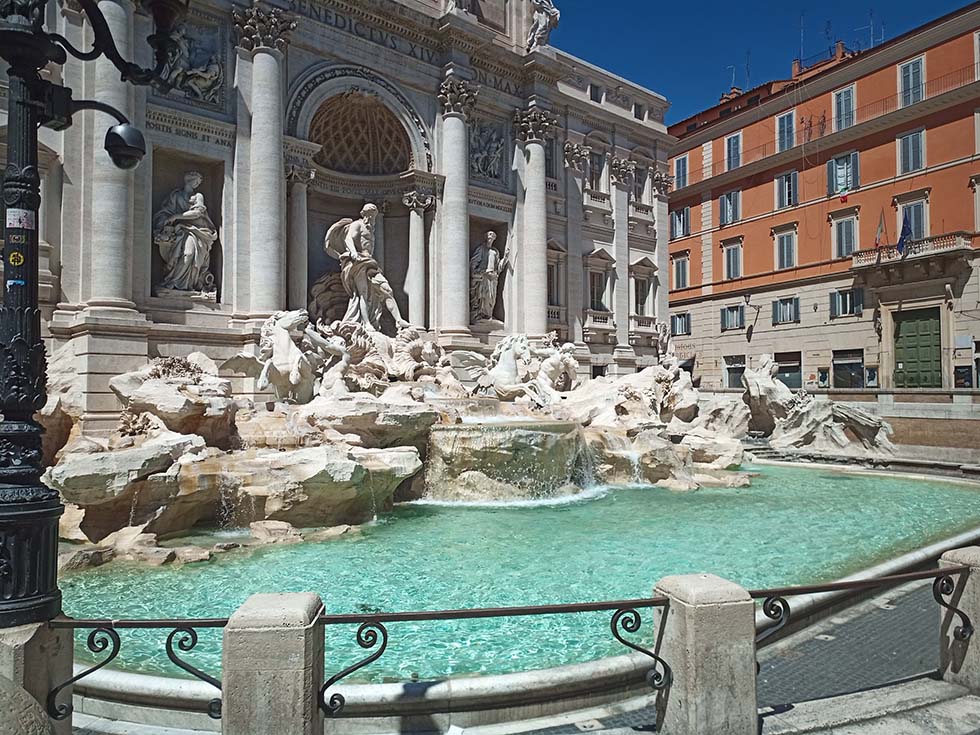 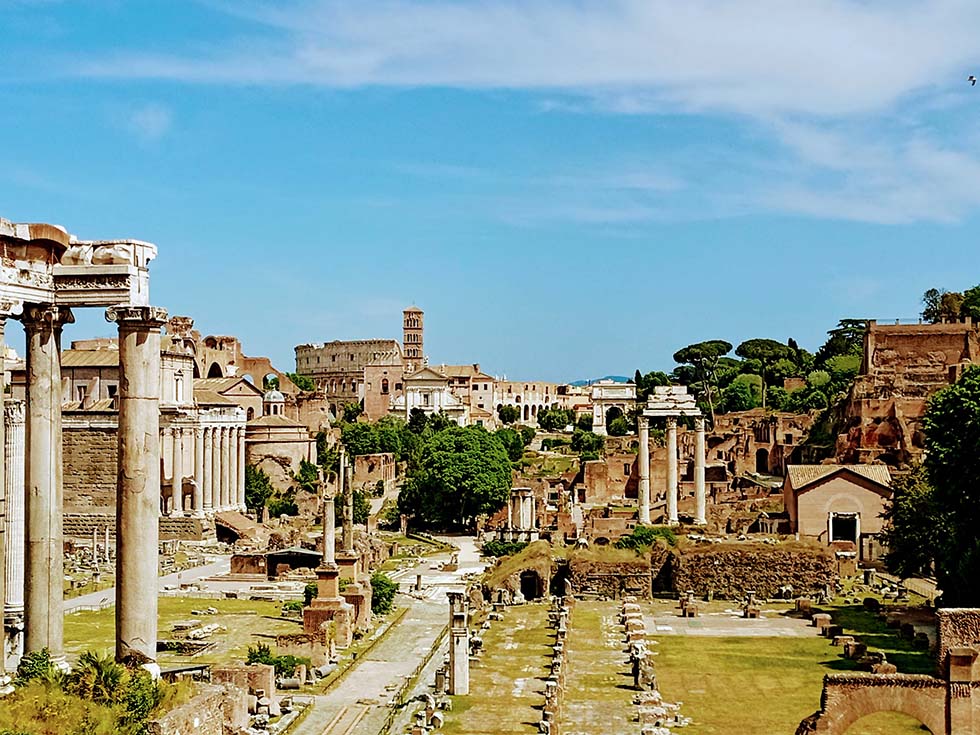 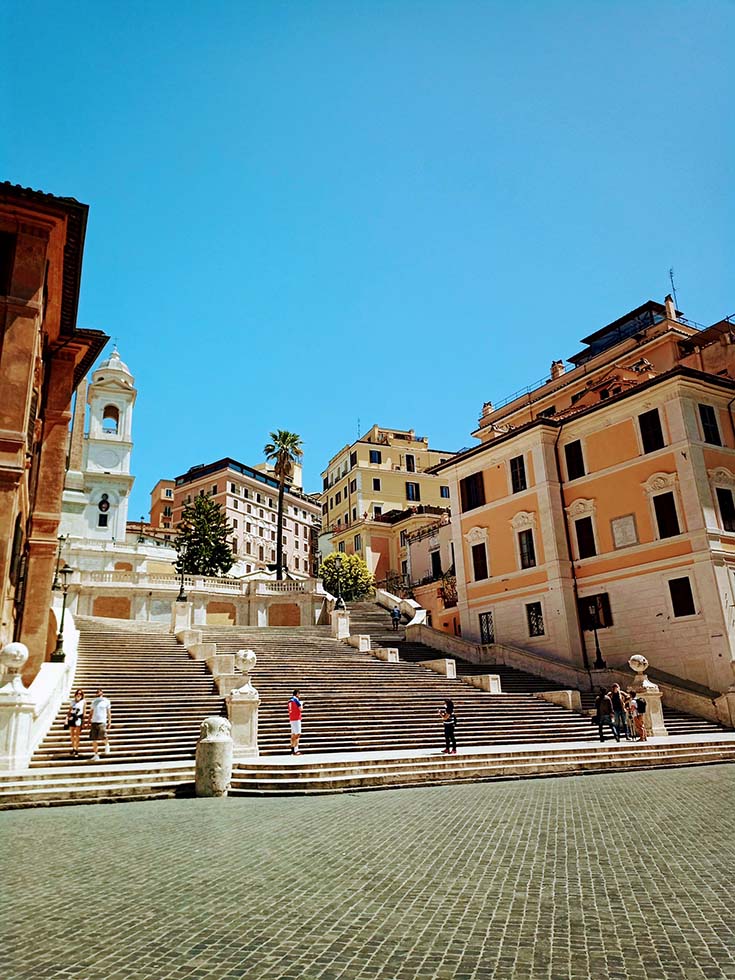 Although I did face many challenges I never felt unsafe, and for that I am grateful. I had an apartment secured for three months, my host lived in the neighbourhood, and I had access to fresh food and a patio with several hours of sunshine each day. I could do this. Being in a country where you don’t know the language (I was planning to learn it through daily interactions—ha!), becomes especially challenging during a pandemic when all the rules change (and keep changing), and they are written in the native language. The majority of tourists were long gone, so businesses had no reason to post signs in English. Consequently, I learned by observing the behaviours of others; how to enter stores; when to approach the cashier; how to navigate the farmers market; etc. With all the waiting in lines I could also begin to recognize common words (‘orario’, followed by times) on signs and begin to figure out their meaning (‘hours’ or ‘schedule’). Last year, when I chose Italy as my destination, did it cross my mind to be deterred by the fact I know neither the language nor any locals? Actually, no—likely because I was fortunate to be raised by “you can do anything you put your mind to” parents. I am grateful for that, too.

March was the most difficult month— sitting alone in a small apartment and only permitted to leave home for the grocery store or pharmacy. I was required to keep a document on me explaining why I was out of the house and if asked, show it to police. In April I was permitted to ‘exercise’ within 500m of home, so you can be sure I mapped out the radius from my door and went for a one hour walk each night! In May the 500m restriction was lifted, and out I went—walking for five to six hours each day, and visiting all the sites I had been longing to see but could only view from my hilltop lookout each evening. Imagine being alone on the Spanish Steps, at Trevi Fountain, and at the Pantheon. In short, it was unreal. In June the museums, galleries, and monuments began to reopen. I was one of the first through the door at Vatican Museums, and with the entry limited to less than ten percent the normal volume of visitors, it felt like I had the place to myself. St. Peter’s Basilica was a similar experience—as one person remarked on a photo, it was like having movie star status private viewing! 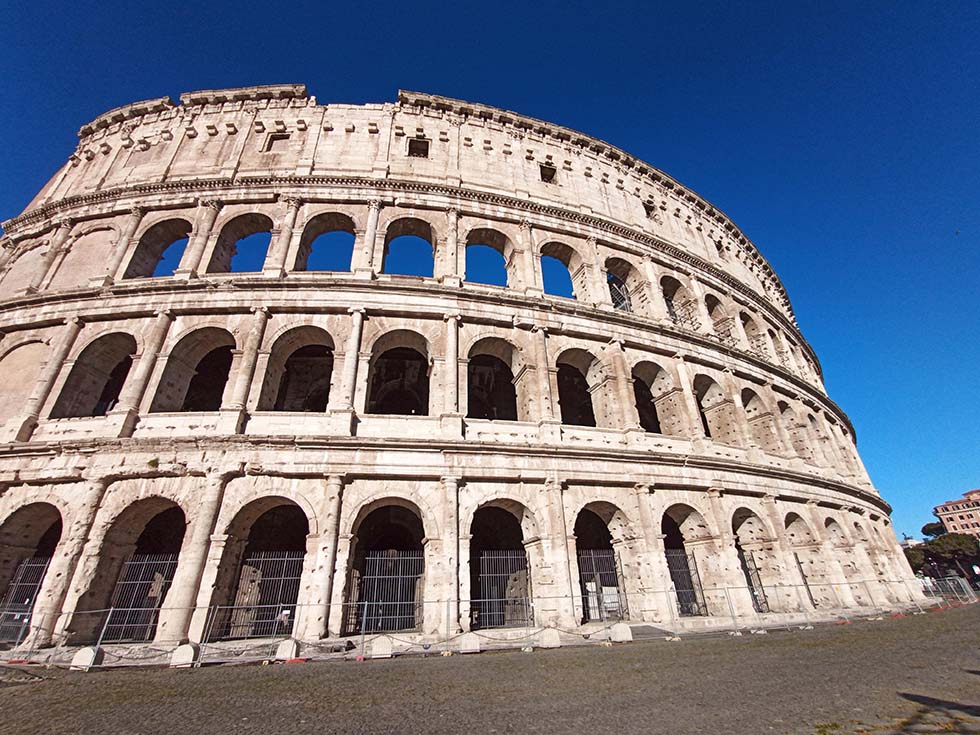 What have I learned and how have I grown? I have learned that nodding and smiling to people on the street makes you stand out as a foreigner (often received with a sincere “Where are you from?” and a positive reaction when I reply “Canada!”). Older Italians are not deterred by you not speaking their language (if they don’t know English they’ll just keep speaking Italian with a smile and grander gestures). And Italian artisanal gelato definitely deserves its own food category. However, the most significant lesson is how important it is to have human contact—to touch someone and be touched. I hadn’t realized I was missing it until one day in early May I was reminded of its absence. I was standing in the park focused on taking a photo when a child, mistaking my legs for her mother’s, reached out and leaned against me. It was only for a brief moment but my whole body hummed with sensation for the remainder of the walk. I have read about the importance of touch and the detriment of it being withheld, but this is my first experience with its extended absence. I personally enjoy physical contact; I’m a hugger and often reach out and touch an arm or hand while engaged in conversation or laughter. These past months have made me much more aware of the importance of physical contact with others, and how vital it is to our overall well-being and mental health. I have decided to apply this experience in my practice, which will include being attentive to who may be living with minimal physical contact, and to incorporate appropriate touch at each appointment; such as the taking of blood pressure or pulse, and actually making contact when doing a skin exam (rather than simply looking at it).

I am writing this in mid-June, and besides that moment in the park I am realizing my last physical contact was March 6th (a hug from a fellow attendee at the end of a food tour), and that’s too long. I can hardly wait to hug my husband at the airport next week—and just may never let go. 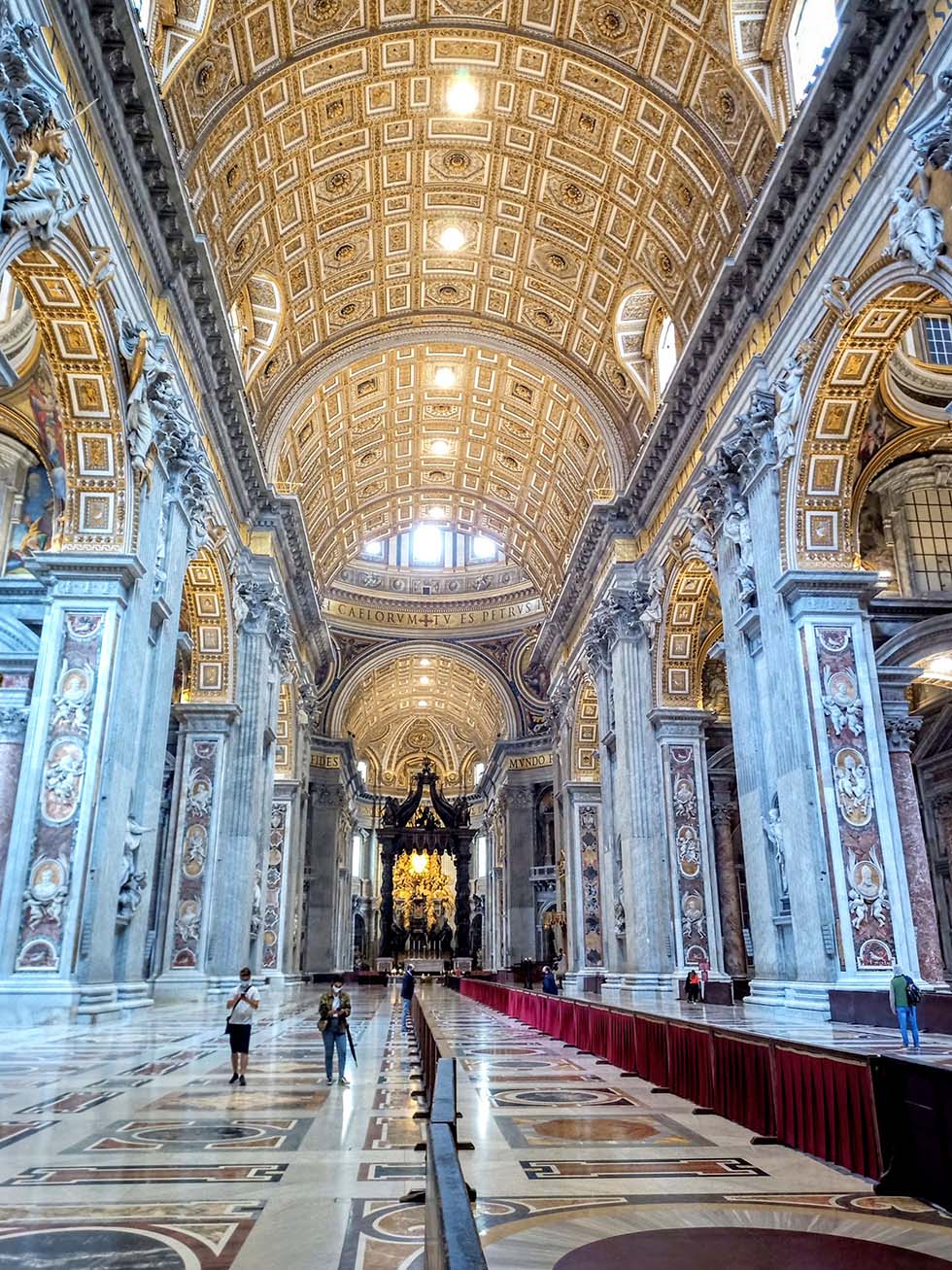 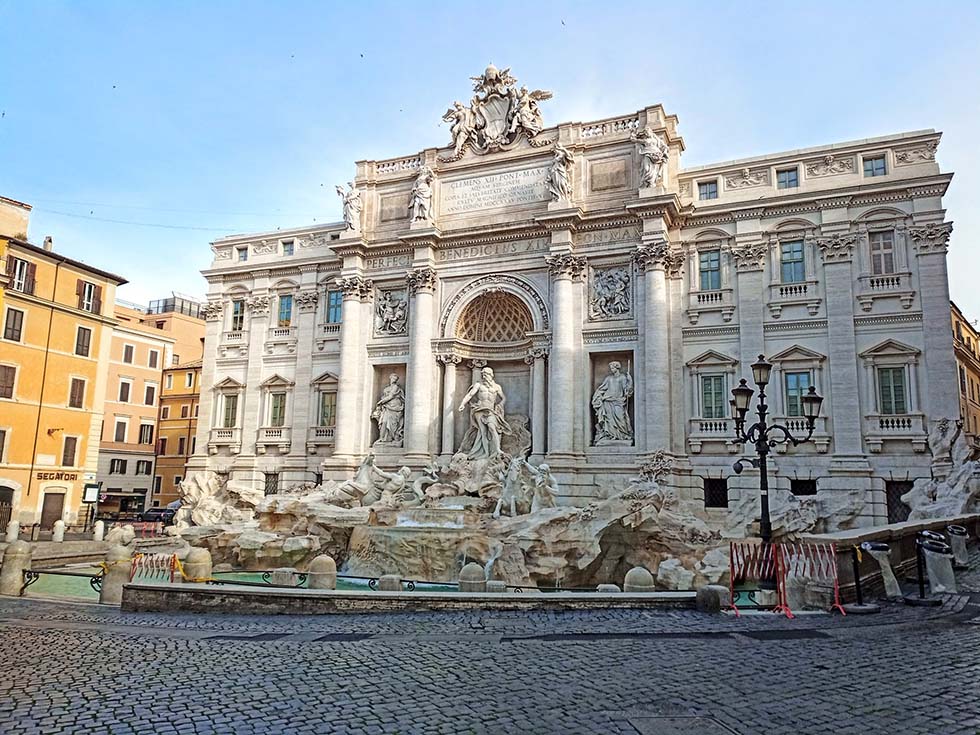 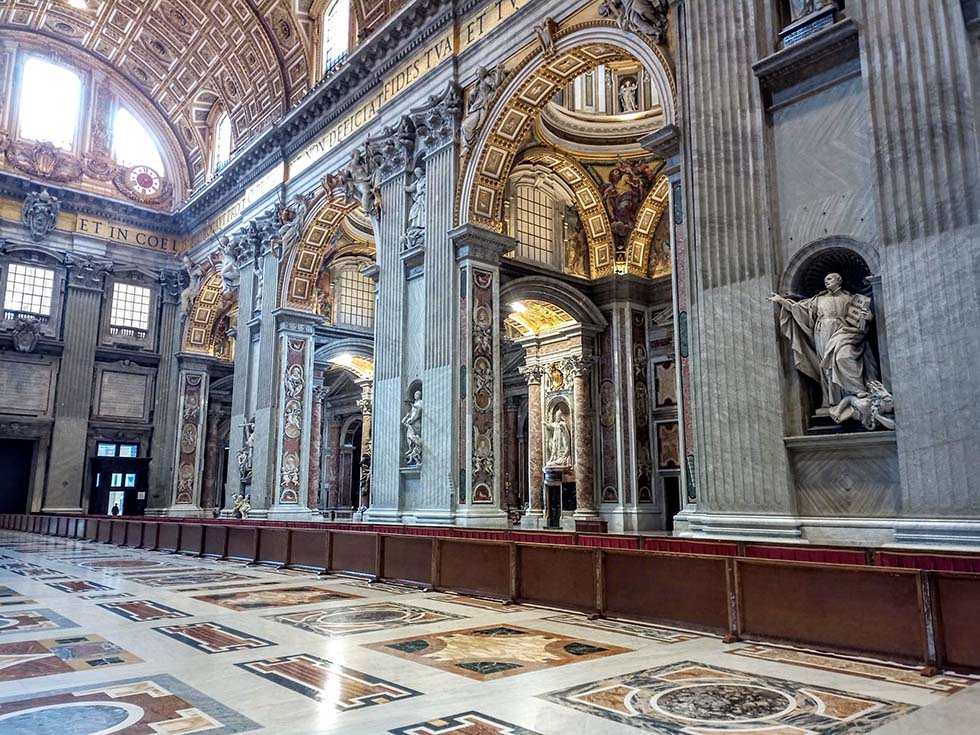 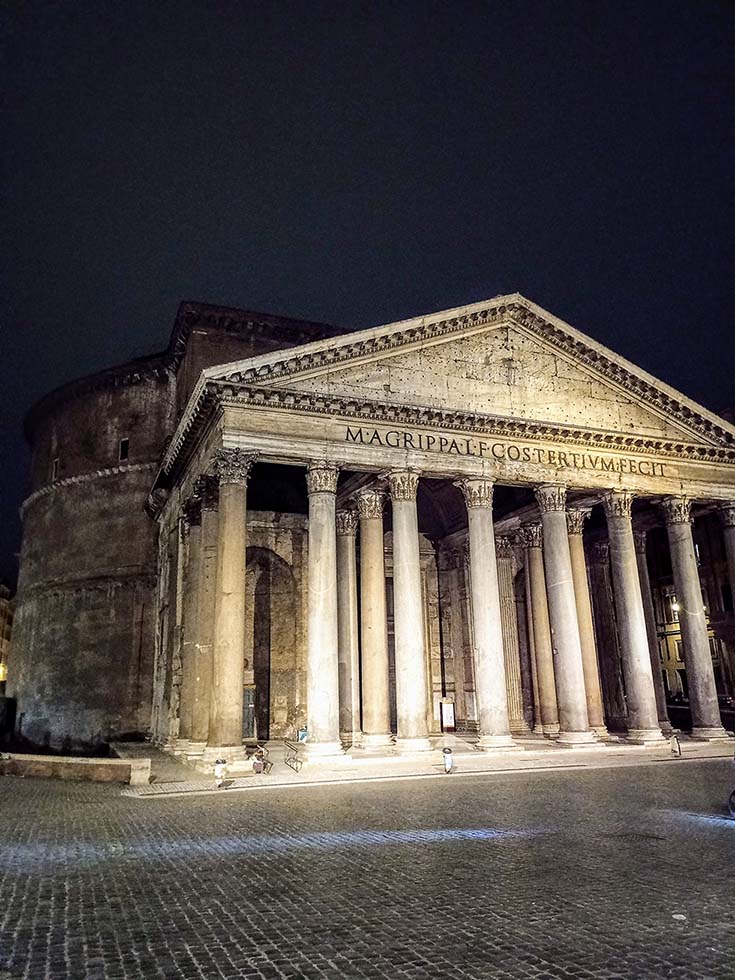 And now I sit on a high-speed train, en route back to Rome after a few days exploring Florence (we have recently been allowed to travel within the country!) I visited the Uffizi Gallery and basilicas, ate gelato and street sandwiches, shopped in artisan shops—the place is a feast for the senses! I am grateful to have had a brief experience of seeing a bit more of Italy, even if it was not the ‘immerse myself in Italian culture’ I had intended for this three-now-four-month sabbatical. Still hungry for the experience, I am looking forward to a do-over in a couple years’ time. In the meantime, I am heading home to family, my friends, and to support my hometown economy. See you soon—I should be out of mandatory isolation by the time this goes to print, and as soon as it is allowed I shall welcome a hug!

I have posted a collection of photos from my time in Italy on Facebook and Instagram (@shelbyworts) and welcome you to view them. 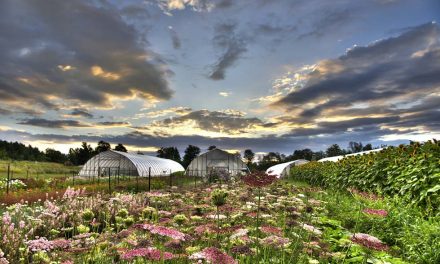 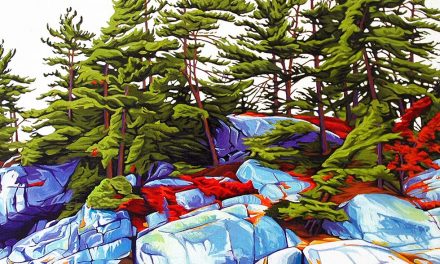 Shifting Gears (Due to COVID) 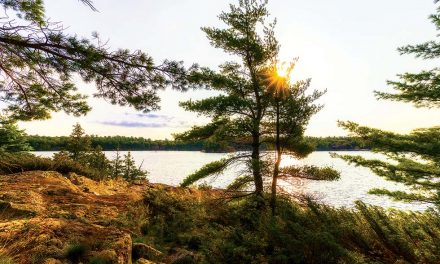 Get Lost (for a while)