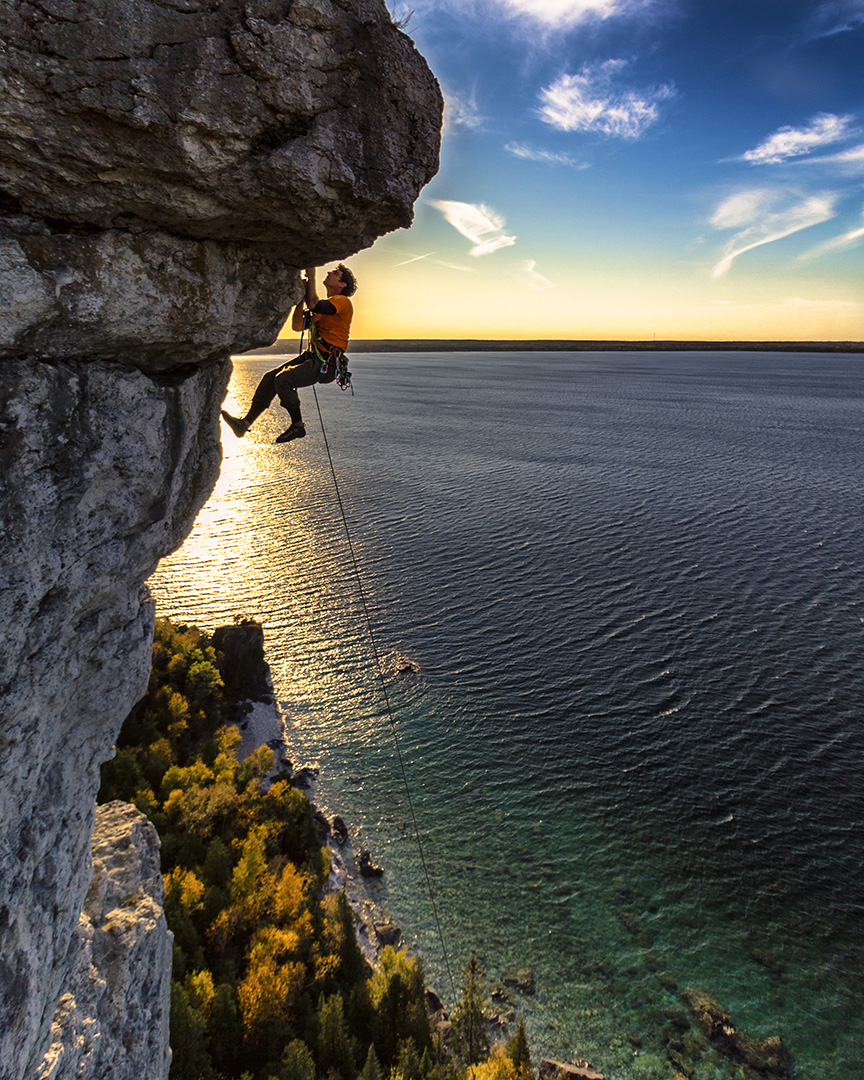 The cat is out of the bag – the Bruce Peninsula is an incredible destination. This particular cat is so far out of the bag, that there’s no way to entice it back in. Visitors to Bruce Peninsula National Park in Tobermory for instance, have exploded from 224,000 in 2010/11 to 413,000 in 2016/17. That’s a whopping 84% growth in just 6 years! The bulk of these visits occur during the peak of summer – July and August. But there’s plenty to see and do in the Bruce during the spring too, all without the summertime concerns of overcrowded destinations and traffic slow downs on Highway 6.

Instead, why not consider a trip off the highway down County Road 9 to Lion’s Head Provincial Park, in the quieter, yet equally beautiful shoulder season? 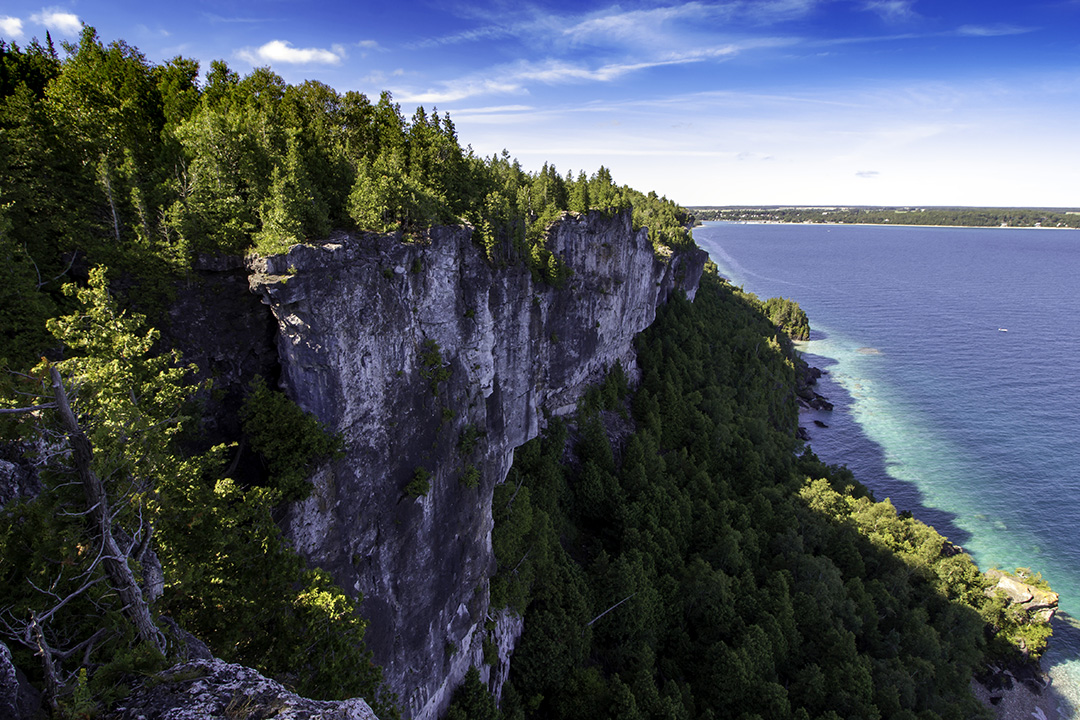 Lion’s Head Provincial Park is an absolute marvel any time of year. Massive exposed bluffs thrust their way out over the impeccable vibrant shoreline, ancient potholes formed by glacial erosion can be found along the trail and speaking of trail; the Bruce Trail runs for a gorgeous 12 km through the park, not counting the myriad side trails. While the entire 12 km is well worth the hike, the most jaw-dropping views are found just a few km in from the McCurdy Drive parking lot. Follow either the main Bruce Trail or the shorter, less scenic Moore Street side trail into the park proper. Whichever route you take you’ll soon find yourself gazing out over some of the most spectacular views Georgian Bay has to offer. The Niagara Escarpment is at its majestic, stony best here. Sheer exposed cliff faces tower over the shore line while ancient white cedars cling precariously by their gnarled roots to the limestone and laugh in the face of gravity. All this while the water below displays an incredible range of hues from dazzling aquamarine to deep, inky indigo. As you make your way along the trail atop the escarpment you are presented with successive jaw-dropping views. All are made of similar components – cliffs, trees, and water – but each has its own nuance and tells its own story. Here a scene of a long dead cedar too stubborn to let go of the rock, there a perfectly framed view through a natural archway to a stony island 200 feet below. You may feel compelled to cut as quick a trail as possible to the famed Lion’s Head Lookout, but you’d be doing yourself a disservice. Take some time at each of the ledges, and on the trail itself, to soak in your surroundings.

You might think that world class hiking and scenery are all that’s on offer at Lion’s Head Provincial Park, but you would be mistaken. All those towering limestone cliffs lend themselves to another sort of activity entirely; rock-climbing. If you are a climber you already know all about Lion’s Head and its many climbing routes. If you’re not, don’t be surprised to see small groups of adventurous folk hiking in, decked out in ropes and carabiners. You may even spot them ascending the cliffs – while not a traditional spectator sport it’s well worth spending a few minutes watching these brave souls pursuing their passion. Climbers, like other tourists, tend to concentrate their activity here in the summer months, but it’s not unheard of to see climbers here in the spring as soon as the snow melts.

The trail from McCurdy Drive in to the Lion’s Head Lookout is by no means the only worthwhile hike in and around Lion’s Head, but if you have time for just one hike this spring before tourist season kicks off it’s hard to imagine a more scenic one than this. A round trip on the shortest route is just about 5km, which sounds rather brief, but much of your time on the trail will be spent taking in the surroundings and saying goodbye to the winter blues. For the more ambitious there are signs all along the route which list extended loops and side trails well worth exploring—of note are the Lion’s Head Pot Hole and Giant’s Cauldron side trail. Whether you’re an avid hiker or a casual day trekker in pursuit of a stunning selfie be sure to dress according to the weather conditions and be particularly cautious around the bluffs on rainy or windy days. 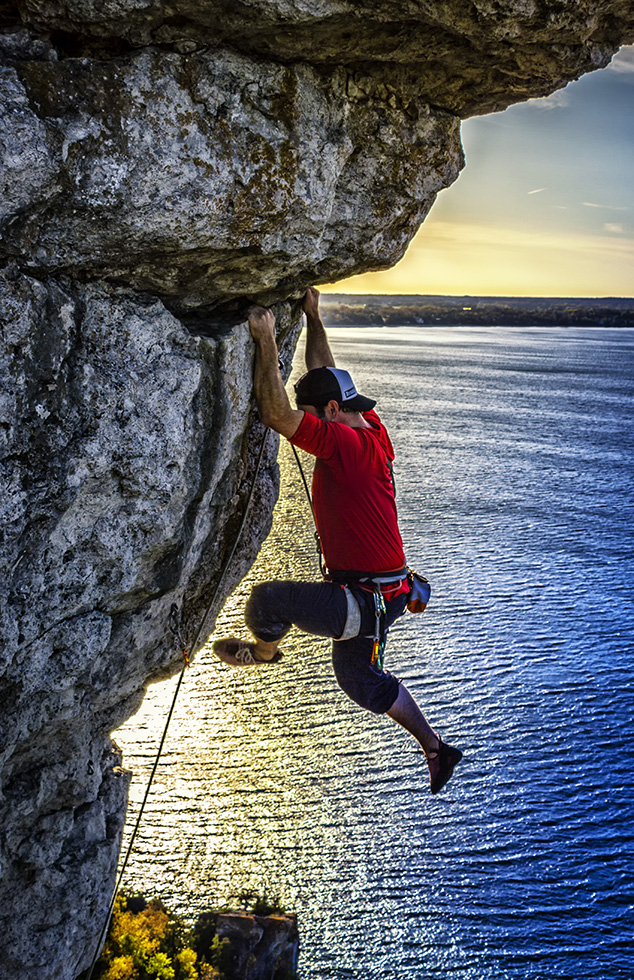 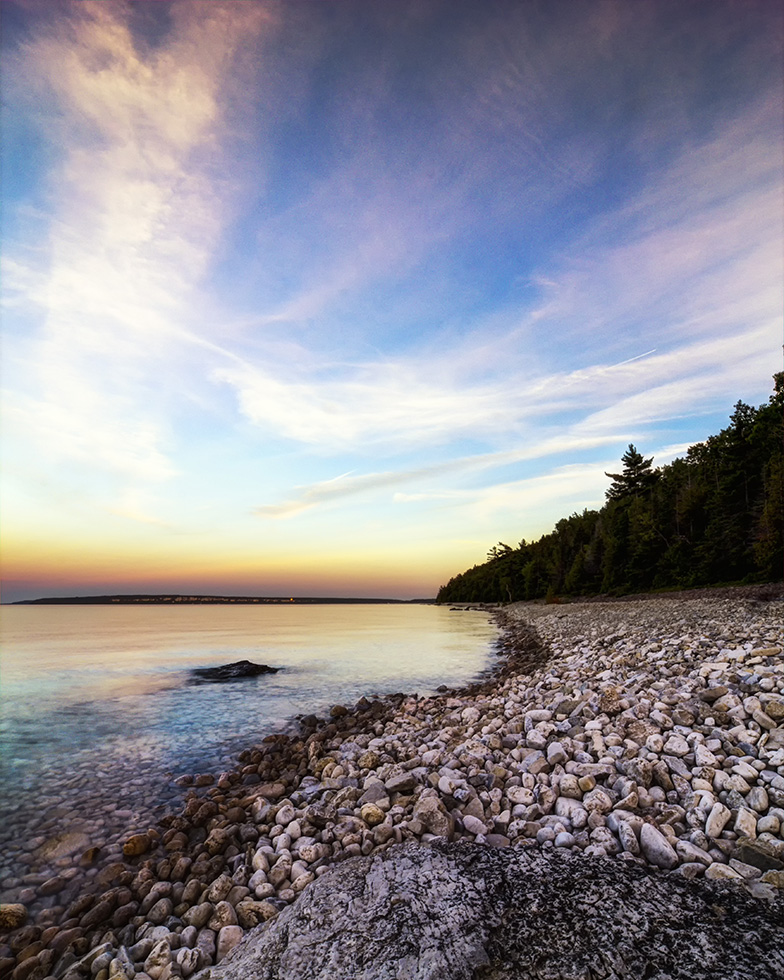 Lion’s Head Provincial Park and the Bruce Trail running through it are but two of a near infinite number of natural attractions along the Bruce Peninsula. The heavy volume of traffic in the summer puts a major strain on these delicate areas. Planning your trip for the off season and visiting less traveled destinations is a great way to ensure the Peninsula remains healthy and beautiful. Remember, the destination is spectacular, but so too is the journey

– take your time and enjoy the spring. |E|

Zak Erb is a writer and photographer from Owen Sound. Visit his website www.stirthembirds.com