A SIMPLE TUSCAN BREAD AND TOMATO SALAD, PANZANELLA IS PERFECT FOR THOSE LONG HOT DAYS WHEN YOU DON’T WANT TO SPEND TIME IN THE KITCHEN. SIMPLY CHOP UP SOME FRESH SUMMER VEGGIES AND ADD HOMEMADE CRISPY CROUTONS. AS LONG AS YOU HAVE FRESH TOMATOES AND OLD BREAD HUSKS IN THE FREEZER YOU CAN WHIP UP A MOUTH WATERING PANZANELLA IN MINUTES! THIS RECIPE SERVES FOUR PEOPLE.

1. Slice half a loaf of sourdough bread into crouton sized cubes. Heat 3 tbsp of olive oil in a cast iron pan and throw in the bread chunks. Season with salt, pepper, and Italian seasoning. Allow the croutons to fry, flipping and shaking them occasionally, until they are well browned and crispy. Set aside to cool.

2. Chop the tomatoes into chunks, removing the seeds if there is too much liquid. Chop the red onion and bell pepper into chunks and toss with the tomatoes. Add chopped fresh chives, capers, and any other fresh herbs you have on hand such as basil or parsley.

3. Dress the tomatoes liberally with olive oil, and toss with salt and pepper to taste.

4. When you’re ready to serve, stir the crispy croutons into the chopped salad and enjoy when they’ve begun to soften ever so slightly after a few minutes. 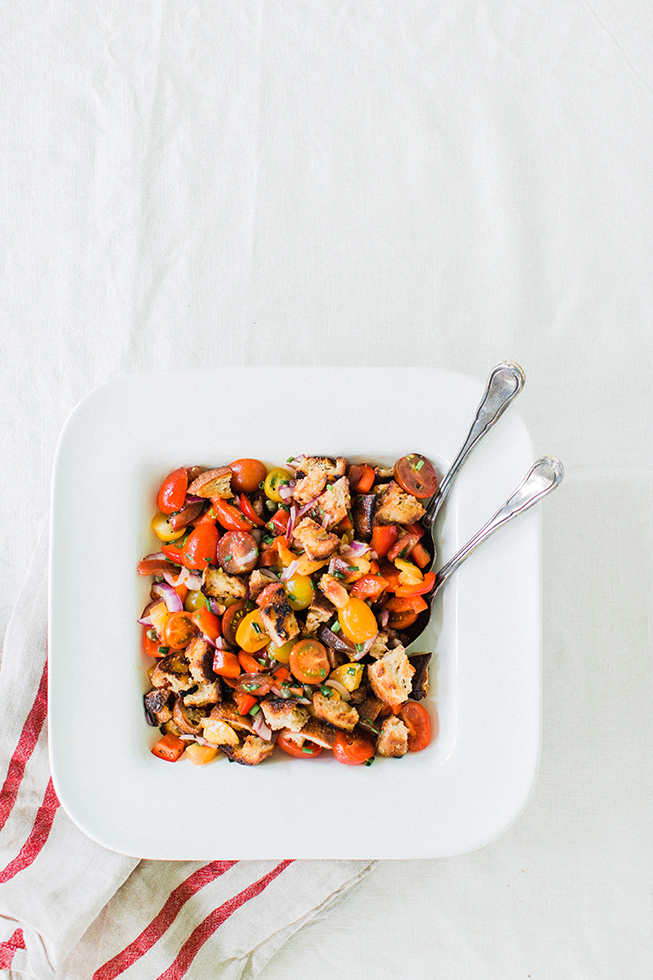 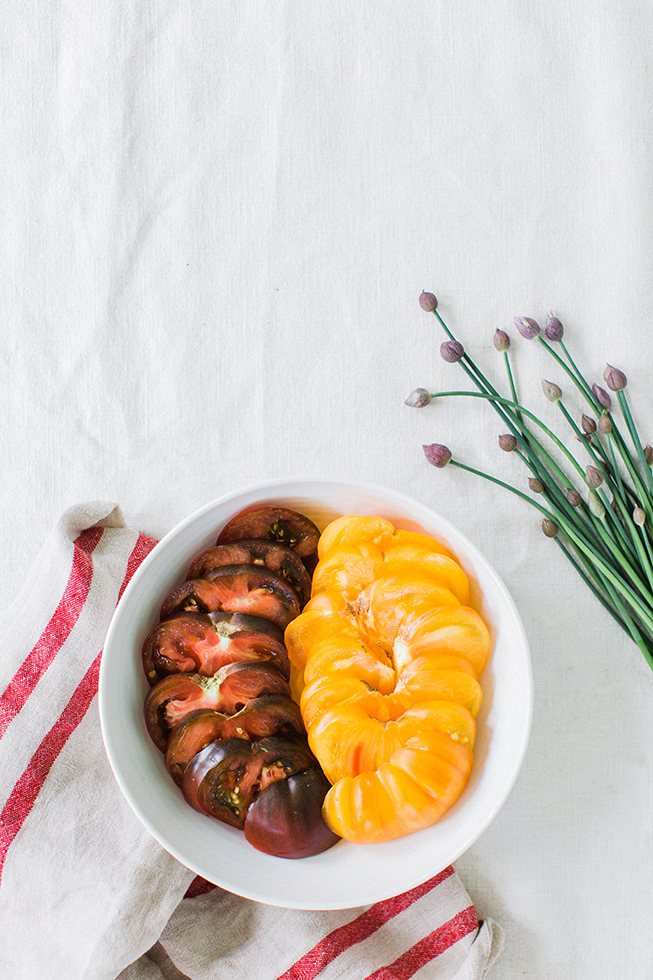 Escape from the City: A Tale of Two Families